Following the November 8 election of Donald Trump to the presidency, Fr. John Jillions, Chancellor of the Orthodox Church in America, published an essay on this blog urging Orthodox Christians to work towards the healing of the many societal fractures exposed by the 2016 election. The work of healing, he argues, is a Christian imperative and can be promoted by the Churches through charitable projects, speaking truth to power and “standing up for decency,” and the promotion of our uniquely Orthodox asceticism that can offer inner peace in the face of outer turmoil.

While this program no doubt proceeds from the best of intentions and draws our gaze to important loci for ongoing work, it is inadequate since it fails to recognize the Church’s role in the creation of the current divisive political climate. Furthermore, it proposes to relegate the Orthodox spiritual life to the realm of personal piety rather than correctly identifying it as the foundation of all of our daily activities, including those that are overtly political. 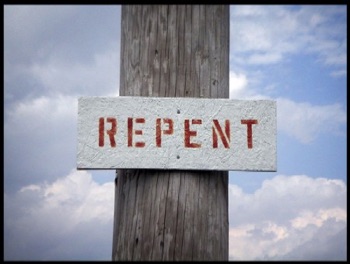 In order for the Church to meaningfully engage with society and to offer the healing for which Fr. Jillions advocates, the Church must begin to reflect on its own role in having shaped the current political climate and the ways in which it has participated in the same simplistic and hurtful rhetoric that has come to characterize contemporary politics. To this end, the first act of healing work is not charity, but repentance—the recognition of sins and asking forgiveness. If it is to undertake the work of healing and establish “a politics of communion” with any authenticity, the Church must seek forgiveness from the marginalized of society, the very individuals whose dignity it has at times assailed.

At the 18th All-American Council of the Orthodox Church in America in July 2015, Metropolitan Tikhon gave the opening address on the theme, “How to Expand the Mission.” Enumerating the opportunities and challenges to the Church’s mission in North America, Metropolitan Tikhon explained why the Church must continue the struggle of its apostolic work—namely, because we as a society face a ubiquitous disregard for human life. He offered several examples of why the Church must expand its mission, and included:

the story of three year-old Jack, who one day in the car decided that he was unhappy being a boy, prompting his mother to immediately take him to the store to buy girl’s clothing for him, and to seek the support of a therapist, leaving not only this family but most likely an entire community […] in a state of spiritual and emotional confusion. Even without such extreme examples, an Orthodox Christian might rightly wonder if the world really has gone mad.

It is polarizing and reductionist statements such as this one that undermine the Church’s ability to fulfill its mission to the world. The Church cannot humiliate and dehumanize the most vulnerable among us and then, without acknowledging its lack of compassion and the implication of this behavior for those who look to Church leaders as moral exemplars, undertake the work of healing social divisions and promoting a more empathetic political discourse.

Once the on-going task of repentance is begun, then we can properly identify and recommit ourselves to the goals of our spiritual practice, particularly our liturgical life: communion with God and the other. Indeed, a “focus on prayer, ascetic discipline, and inward transformation” is gratuitous, self-indulgent navel-gazing when we forget that the foundation of our ascetical life is repentance. The goal of our prayer is communion, and inward transformation is not attained but received. As Orthodox Christians we do not pray for inner peace, for we know that peace has already been given to us. The revelation that Christ is our peace is affirmed at three distinct moments in the Divine Liturgy, when the priest turns to the congregation saying, “Peace be unto all.”

Here we encounter the power of Orthodox worship: not in the inculcation of interior tranquility, but in the revelation of everyone and everything as what they truly are in Christ. Christ is the Offerer and the Offered and we are the worshiper, reclaimed for that purpose for which we were created in the beginning: union and communion with God. When we appreciate this reality offered to us in our liturgical life, then we can leave our churches and continue the liturgy in our communities, seeing the image of Christ in our neighbor.

In a divisive and unchartered political climate, our first task as the Church must be our taking responsibility for inflicting many wounds and thereby seeing ourselves as the recipients of God’s mercy. Thus, by an ever greater appreciation for our liturgical worship we will realize that we receive this mercy in order that we may become its visible presence in the world. Only then will the Church be able to expand its mission and work towards the healing for which Fr. Jillions advocates.

Samuel Bauer is a MTS student at the Boston College School of Theology and Ministry.