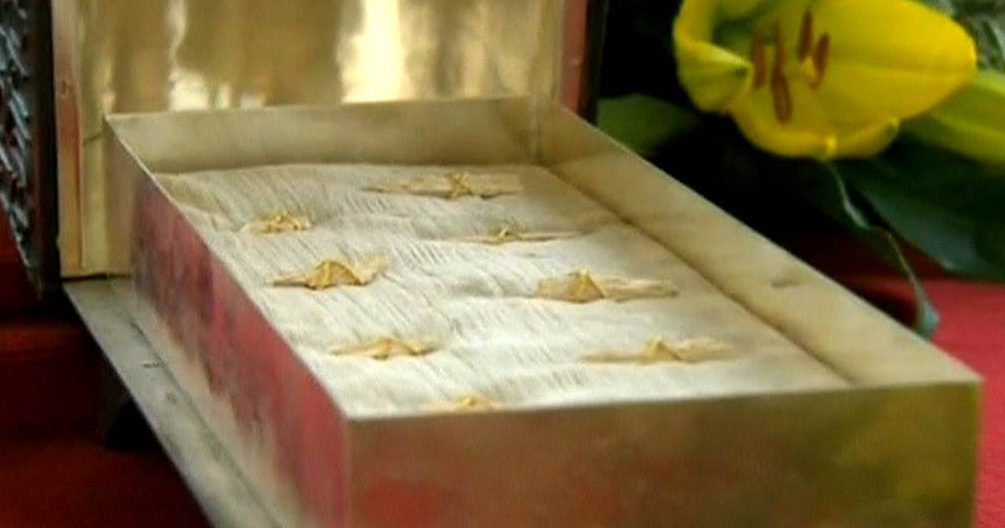 In June of 594, Pope Gregory the Great received a letter from Constantina, the empress, asking him to send the head of St. Paul to Constantinople so that she and others might benefit from venerating the bodily remains of such a great saint. St. Gregory denied the request, noting that it was not the custom of the Roman Church to dismember the bones of the saints.

A great deal has happened between Rome and Constantinople since the sixth century, but Pope Francis’s decision last week to send the Ecumenical Patriarch an actual portion of the body of St. Peter should be understood as nothing short of remarkable. More than anything else, it is a clear indication of the pontiff’s desire to advance the cause of Christian unity.

A point of clarification might help to demonstrate why Francis’s gift is both so unprecedented and significant. Since late antiquity, the bishops of Rome have used relics to pursue diplomatic ends. But the relics they distributed were typically not the physical remains of the saints. Rather, they were a piece of cloth or metal that had come into contact with a saint’s body. For most of its history, the Vatican was a destination for bodily relics, not a distribution center.

Pope Gregory was the first pope to write extensively about the miraculous power of relics; he was also the first pope to use the relics of St. Peter as a central piece of his international diplomacy. On more than a dozen occasions, the pontiff sent the filings of the chains that had bound St. Peter in order to coax secular and ecclesiastical officials to support one of the pontiff’s initiatives or to thank them for having done so.

In the centuries after Gregory’s tenure, Rome began to accumulate a large number of bodily relics. Some might say this was done out of devotion, others might argue that it was a strategy designed to assert control over popular devotion. Either way, only Constantinople possessed more relics than Rome…until it didn’t. In the thirteenth century, Crusaders sacked Constantinople and seized its religious treasure. Some of the looted relics went to monasteries and cathedrals across Western Europe; the majority went to Rome.

In 2004, Pope John Paul II’s final public act served as a poignant end to his life-long commitment to Christian unity—he and Ecumenical Patriarch Bartholomew co-officiated at a prayer service that witnessed the return of St. Gregory the Theologian and St. John Chrysostom to the Christians of Constantinople. During their lives, both saints had served as Archbishop of Constantinople, but their bodies had been in Rome since the Fourth Crusade.

Pope Francis’s gift of a bodily relic of St. Peter is so remarkable because, unlike these other recent exchanges, it is not a righting of a previous wrong, not a return to the Orthodox of something that was historically theirs. No, Francis’s gift of a Petrine relic to the Ecumenical Patriarch is significant because it is an unfettered divestment of portion of what is arguably the Vatican’s most precious religious treasure—the very foundation of its symbolic authority in the Christian world.

In the Middle Ages, the popes used the relics of St. Peter and the legacy of St. Peter as a weapon to assert their authority over other ecclesiastical and political leaders. But Pope Francis has turned the medieval paradigm on its head. In his hands, the relics of St. Peter function as a gift of Christian love. In Bartholomew, Francis sees as a genuine brother. With this act, Francis is signaling that he is willing to go further than any of his predecessors—even the sainted Gregory—to pursue reconciliation.

American Christians are so subconsciously formed by a Protestant/post-Protestant outlook that even US Catholics and Orthodox typically fail to appreciate the religious and cultural power of the relics of the saints. On a recent trip to Romania, I was asked about religious observance in the US—my interlocutor was not very concerned about Liturgy, personal prayer, or fasting; he wanted to know whether American Christians had access to the bodies of the saints.

While many Americans may not understand the genuine significance of the bestowal of a relic of St. Peter, Pope Francis clearly does.

Note: An expanded version of this essay has been published at Commonweal.