Beyond the Binary: Hymnographic Constructions of Orthodox Gender 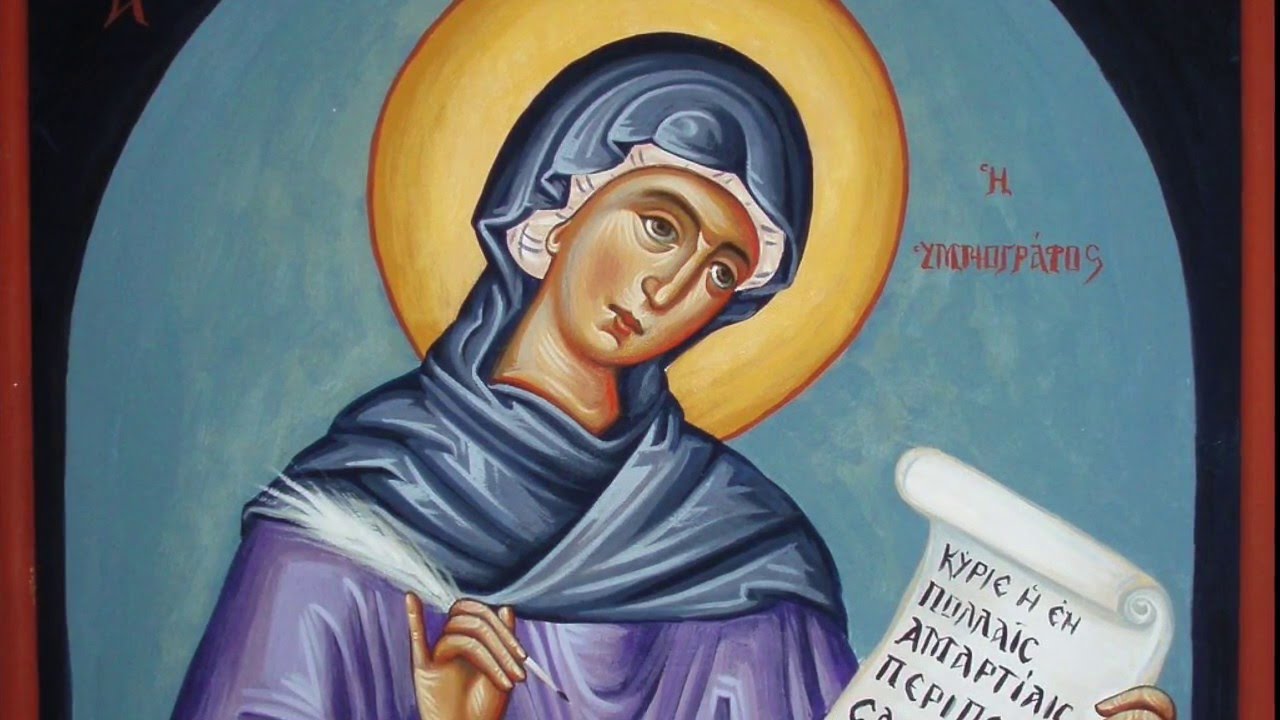 Much like gender itself, Orthodox understandings of gender span a spectrum of diverse views. Many who address “the problem of gender” or the “role of women in the church” rely on an assumption that any theological interpretation of gender is necessarily situated along a cisgender binary. Simply, individuals with male bodies identify as “men” and display masculinity, and individuals with female bodies identify as “women” and display femininity. Byzantine hymns commemorating prominent saints and feasts, however, evidence that there is an aspect of Orthodox tradition where the performance of gender identities and masculine and feminine attributes does not necessarily correlate with particularly male- or female-sexed bodies. In these hymns, gender functions along traditional patriarchal lines as a means to make a saint’s holiness discernable to a temporally constrained ecclesiastical community. Gender as it is liturgically constructed through the singing of the hymns, however, functions beyond a binary categorization in relation to God. In short, a more encompassing and complex conception of gender is already present in the universally prescribed liturgical voice of the church.

The content of the general hymns for male and female martyrs, for example, reveals striking distinctions drawn along a binary gender divide. These hymns indicate that certain gendered attributes convey the holiness of men and women. The male martyr is depicted in traditionally masculine language as a brave and victorious active warrior, while the female is more passively rendered as a suffering pure sacrifice and bride. These gendered tropes serve to communicate the sanctity of the male and female saints by aligning them with established gendered expectations of holiness. The cisgender binary, however, is not maintained in numerous other hymns for female saints. Women have gender instability. In many hymns, women are required to put off their “womanliness” to become manly to be holy, but the reverse does not apply to men. Femininity is something that can be put on and taken off to convey holiness in the lives of female saints, but the removal of masculinity in attainment of holiness is otherwise characterized. Male saints are not glorified for becoming less masculine in a way that implies femininity, but rather there is a transfiguration of what it means to be manly in Christ. For men, any feminine characterization is more frequently associated with sin, heresy, or dangerous temptation. Virtues that might otherwise appear feminine, however, such as humility, meekness, providing nourishment, and so on, appear in the hymns circumcised of their effeminancy and transfigured into an almost seamless singular maleness imitative of the person of Christ. In the hymns describing the saints, feminine to masculine is holy, but masculine to feminine is not—only masculine to divine masculine is. The hymns generally depict gender as transitive, even though limited by the patriarchal preferences of their historical contexts.

When the hymns describe women as holy through traditional feminine roles and attributes, frequently these roles and attributes are realized in unexpected and extraordinary ways. These depictions reflect saintly women as ultimately beyond gender or again possessing masculine attributes. Catherine of Alexandria, for example is described as the “bride of God,” but based on her fortitude in suffering and rhetorical competency, simultaneously is characterized in “manly” terms. Other forms of praise, rely on and reinforce patriarchal views about women in order to show the saint as holy. Mary of Egypt’s holiness, for example, is foiled with the assumption that there is no sin worse for an unmarried woman than enjoying sex. Such views are reinforced contemporarily (even if only subliminally and inadvertently) due to their presence in the ahistorical, authoritative, and subject-building context of liturgical prayer.

Despite the fact that in the content of the hymns gendered holiness appears distinct for men and almost necessarily in transition for women, in the singing of the hymns, there is a divine-human orientation inclusive of multiple gender attributes mosaically mapped onto the one Body of Christ. The ecclesiastical body in its hymnody adopts a unified and gender-bending voice in relation to God. This is evident in the dialogue hymns found in the Menaion commemorating major feasts, and hymns prescribed to be sung in a distinctly gendered voice irrespective of the singers’ sex (such as the hymn of Kassiani). Although the hymns rely on traditional gender categories that are in many ways challenging for values of equality and inclusivity, the tradition of praying Byzantine hymns reflects gender fluidity. Identities spanning feminine, masculine, maternal, sacerdotal, and divine/created bounds are prescribed to be prayed regardless of the participant’s embodied physical reality. With the unified voice of the Church at prayer, divinely participative gender identities are shaped among believers in a way that transcends binary and cisgender distinctions. In many instances, the hymn content simultaneously relies on gendered expectations and types to communicate holiness, and invites those singing the hymns to transition beyond their own gendered identities and specific experiences in spiritual praxis and praise.

In brief, prominent Orthodox Christian hymns employ gender as a religiously constructed means of realizing diversely identified ecclesiastical participants as the unified Body and Bride of Christ. Simultaneously, however, gender functions as a mode of expressing holiness by demonstrating assimilation to and participation in temporally produced and legible gendered types. Problematically, although the interpretation of manliness and womanliness has developed over time, the words of the hymns generally remain the same without any ameliorating interpretation in the liturgical context. Moreover, the hymns prompt a question for continued historical and theological consideration: if gender is so fluid in the voice of the hymns, then why is there so much elsewhere in the tradition that reinforces gender expression exclusively along an essentialized binary? Although gender is charged with values about divine likeness that are deeply influenced by social recognition, the voice of the Orthodox Church in prayer suggests that gender can be envisioned and expressed in more diverse alignments while remaining divinely reflective and participative.

For a full version of this article and its supporting notes see: http://www.journals.uchicago.edu/doi/abs/10.1086/693162

*Public Orthodoxy seeks to promote conversation by providing a forum for diverse perspectives on contemporary issues related to Orthodox Christianity. The positions expressed in this essay are solely the author’s and do not necessarily represent the views of the editors or the Orthodox Christian Studies Center.