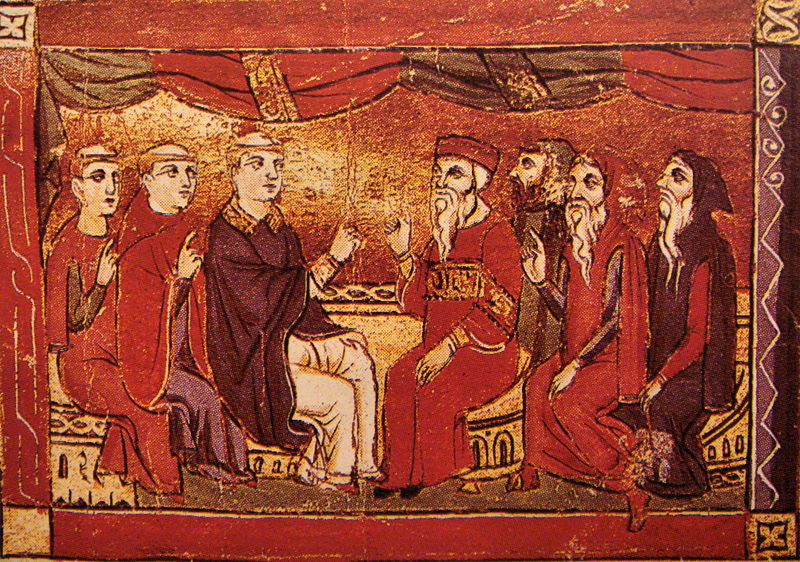 People prefer to name themselves rather than to define themselves in the terms dictated by others. But this is often a complicated exchange as the history of the term the “Orthodox Church” illustrates. “Eastern Orthodox,” for example, is not an official name. It is a description. In most contexts, then, we should drop “Eastern” when describing the “Orthodox Church.”

As a scholar of religion, I find no reason to refer to my church as “Eastern” unless I also describe the Roman Catholic and Protestant Churches in similar geographical terms. Names matter. This is especially true since the history of what is called “Eastern” Christianity is so often omitted. Describing these churches as “Eastern” (though unavoidable at times) often provides an invitation for these omissions by subscribing to a default understanding of “Christianity” as Western.

In my recent article, “Names Matter: How to Better Represent the Orthodox Churches in Textbooks and the Academy,” (Journal of Religion 96, no. 4, 2016)* which this post attempts to summarize, I examine the representation of Orthodox Churches in world religion textbooks to offer suggestions for better practices when writing and teaching about Christianity. I also provide a brief history of the church appellations “Eastern” and “Orthodox” to illustrate our Western bias when naming churches. Though this article is intended for a general audience, the readers of this blog—many of you experts in the field—are those perhaps best positioned to enact change.

In common usage, “Orthodox” is often modified either by “Eastern” or “Oriental.” But these descriptors are not liturgical. In most contexts we should drop these modifiers, particularly when comparing Orthodoxy to Catholicism and Protestantism. The only purpose “Eastern” serves is to distinguish the “Eastern” and “Oriental” communions (but when “Eastern Orthodoxy” is used it often is not making this distinction). When this distinction is necessary, therefore, I refer to the former as the “Chalcedonian Orthodox Church” and the latter as the “miaphysite Orthodox Church,” for lack of better terms. By “Chalcedonian,” I mean those churches that recognize the Council of Chalcedon (451) and are in communion with the Ecumenical Patriarch of Constantinople, or those churches that claim to best represent this tradition. These churches are more likely to name themselves “Roman” (as in the Arabic Rūm) than “Eastern.” “Miaphysite”—the preferred term to “monophysite”—refers to the Syrian, Coptic, Ethiopian, Eritrean, Armenian Apostolic, and Syrian Malankara (or Indian Orthodox) Churches and their understanding of Christ as consisting of one united (mia) nature (physis).

The name “Orthodox Church” may be more modern than you think. The Nicene/Constantinopolitan Creed refers to “One, Holy Catholic and Apostolic Church,” establishing this phrase as the primary appellation of the Christian Church. Eventually, “Orthodox” also began to be used in the name for the Chalcedonian churches of the Eastern Roman Empire. Sometime between the Council of Jerusalem in 1672 and the publication of The Longer Catechism of the Catholic, Orthodox, Eastern Church by Filaret of Moscow in 1839, the church began more often to describe itself as “Orthodox.”  The Orthodox Churches increased their interactions with the churches in the West during this period. “Orthodox,” therefore, was gradually adopted as the primary name for these churches to distinguish them from the Roman Catholic and Protestant Churches. Otherwise, the Orthodox Churches would have continued to describe themselves as “One, Holy, Catholic, and Apostolic.” This appellation from the creed remains the standard to this day when a distinction with other churches is not necessary. The term “Eastern Orthodox,” for instance, does not appear in the documents produced at the 2016 Holy and Great Council in Crete (“Orthodox Church” is often used). While the Church of the East did not apply “Orthodox” to their name, many of the miaphysite churches later adopted the term. It was not until 1965, however, that the miaphysite churches officially adopted the appellation “The Oriental Orthodox Church” to refer to their communion.

Just as the “East” or “Orient” can be thought of as located in a different time zone from the “West,” the textbooks I examined often relegated the history and modernity of the Orthodox Churches to a realm of time not shared by the other branches of Christianity. These churches are, in this sense, of a different calendar, not just Julian vs. Gregorian but entirely separate timelines across centuries (and we can imagine which one is privileged). A similar bias, in my opinion, is also evident, at times, in the academy and media’s coverage of Christianity.

To avoid this construction, I offer the following suggestions when describing Christianity (many already in practice):

– Avoid outdated terms and describe churches based on how they refer to themselves.

We should use “Eastern” in the same way we use “Western,” that is, as geographic designations rather than inherent categories of Christianity. “Eastern Christianity” is still the most practical term to refer collectively to the Orthodox Churches, the Eastern Catholic Churches, and the Churches of the East. But we should be wary of using “Eastern,” as a category, in opposition to a default understanding of Christianity as Western. The pairing of Protestant, Catholic, Orthodox (rather than “Eastern” or “Oriental” Orthodox), and so forth is ideal, with each branch including various subsets.

– Explain the origin of the term “Byzantine”; drop its derogatory use.

Byzantines called themselves Roman. The negative connotation of the term (used to mean labyrinthine or extremely confusing) is, in many ways, an example of a particular type of Orientalism. Byzantium is only confusing because students don’t learn about it.

– Mention the Orthodox Churches in general discussions of Christianity.

If treating Protestant and Catholic Christianity as cohesive churches, treat the Orthodox Churches in a similar manner, rather than referring to a particular patriarchate or national church body.

We must try to synthesize the history of Christianity, whether in the East or West and beyond a Latin/Greek dichotomy, into a single narrative.

– Include Orthodox Christianity in discussions of modernity.

Ten churches in the Chalcedonian Orthodox communion have become autocephalous since the sixteenth century. The majority of the Eastern Catholic Churches were granted autonomous status under the Pope of Rome in the same period. This ecclesiastical reorganization of the Orthodox Churches is clearly a modern story. Discussions of the modern period should also consider the cultural impact of Christianity beyond institutional policies and simplistic renderings of church-state relations.

– Redefine what is considered normal in Christianity.

Presenting a more accurate depiction of Christian history and Christianity in the modern world will aid in redefining what is considered normative Christianity. Many of the Orthodox Churches may use a different liturgical calendar than Western Catholic and Protestant Churches, but they do not exist in a different time. We must better express this in our scholarship, in the academy, and in our daily conversations.

In everyday encounters, terms such as “Chalcedonian” and “miaphysite” solicit more questions—a potential inconvenience but also an opportunity for education. The more scholars use these terms and better represent the histories of the churches to which they refer, the more they may be recognized. Perhaps then, for instance, when journalists refer to “Christians in the Middle East,” their readers will know these various groups by name. For now, I will call myself an “Orthodox Christian” and welcome further conversation.

Zachary Ugolnik is a Mellon Interdisciplinary Fellow and Ph.D. Candidate in the History of Christianity at Columbia University.

*Please refer to this article for citations and a more nuanced elaboration. If you do not have institutional online access to JR, email znu2000@columbia.edu.