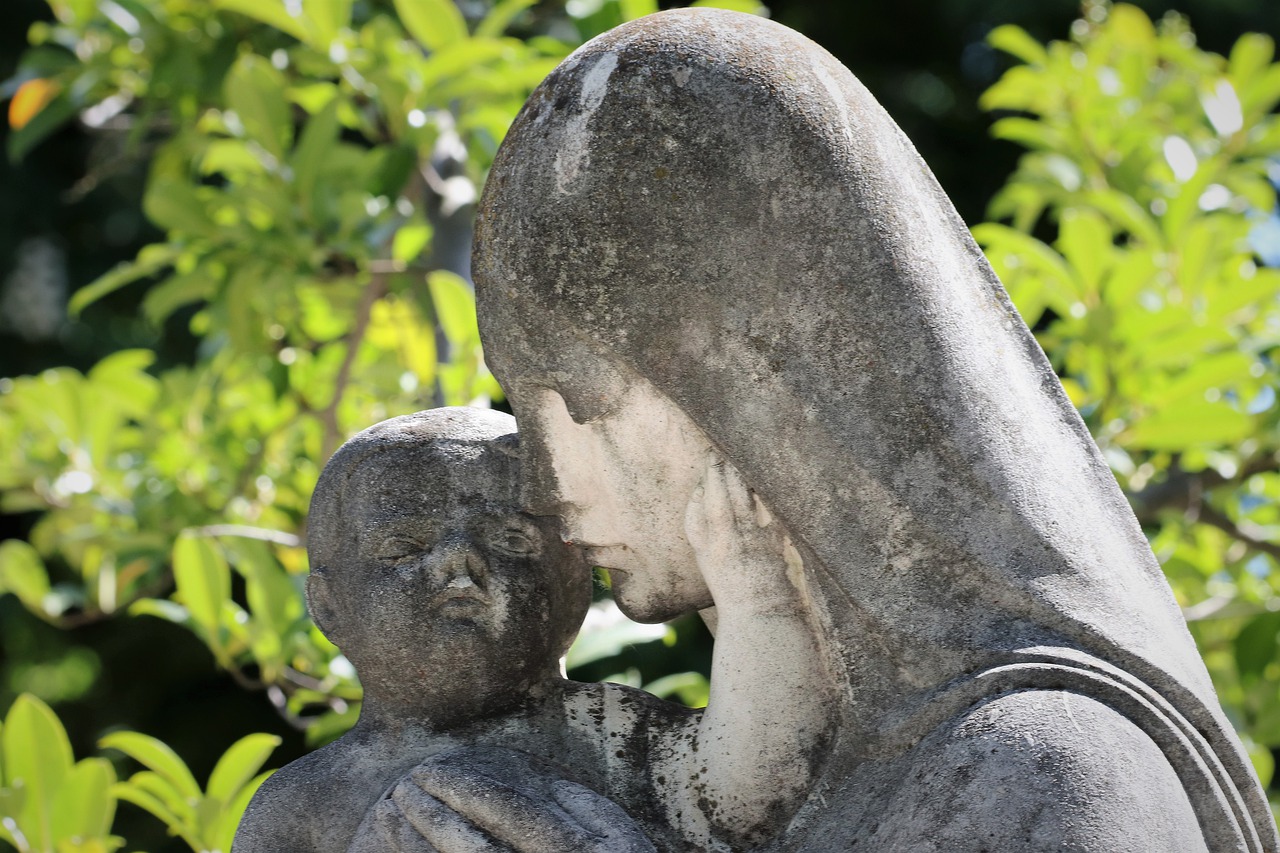 Orthodox theologian Carrie Frederick Frost has published a theological reflection titled Maternal Body: A Theology of Incarnation from the Christian East (Paulist Press, 2019), with a foreword by Catholic theologian Julie Hanlon Rubio. Frost’s book is a theological treatise on motherhood, from conception through breastfeeding and with a special emphasis on the maternal body. Drawing upon patristic, liturgical, and iconographic sources, Frost delivers a powerful and vivid contribution on the theology of maternity. In addition to her examination of select extant historical sources, Frost brings the evidence into dialogue with her own personal experience of motherhood.

Maternal Body contains five chapters of text covering conception, pregnancy, birthgiving, postpartum, and pregnancy. Frost concludes the book with an epilogue, and shares a selection of icons (printed in color) and notes to complement the text. This book is not an encyclopedic academic treatment of motherhood, and is therefore suitable for a general reading audience. The book’s preference for selectivity does not diminish Frost’s authority in analyzing the texts and presenting a theology of the maternal body. The author demonstrates her confident command of the topic throughout the book.

Frost focuses her analysis on the maternal body in Orthodox theology, with occasional reference to Roman Catholic tradition. Her examination of the sources illuminates Orthodoxy’s affirmation of human motherhood as lifegiving, perhaps most powerfully in her chapter on conception, and her extended discussion of the conception and birth of Mary, the Mother of God.

From the very beginning, Frost shares Orthodoxy’s affirmation of the goodness of marital sexuality that results in the notion of conception as good, and she describes Orthodoxy’s willingness to share these tales as open and unabashed (3). This section is particularly useful for readers otherwise unfamiliar with the source material for Mary’s conception, birth, and the early years of her life, as well as the role of her pious parents, Joachim and Anna.

Frost’s introduction to the Protoevangelion of James and her summary of the account of Joachim and Anna are lucid and informative. Her careful analysis of the icon of the Conception of Mary (titled Joachim and Anna) elucidates Orthodoxy’s “sacramental notion of marital sex” (11). She adds a useful explanation of the feast of Anna’s conception of Mary, and distinguishes the Orthodox perspective on Mary’s conception from the Roman dogma of the immaculate conception. Frost’s depiction of Orthodoxy’s perspective on human conception opens the door to removing stigmas from moral reflections on marital sexual union. Conjugal unions of love are good, and have the capacity to be lifegiving.

The thrust of Frost’s presentation is the raw, physical demands on the body demanded by maternity. She notes the prominence of pregnancy in the Gospel of Luke with an extended discussion of the Annunciation and Visitation. Frost features the Ustyug Annunciation icon as exemplifying the theology of the maternal body, as this icon includes a visible Christ in Mary’s womb (29). In her chapter on breastfeeding, Frost also discusses an uncommon icon depicting Mary breastfeeding Jesus, titled the Galaktotrophousa, or Milk Giver icon (70-73). Frost is sharing valuable information with the reader, who learns about select Church sources that venerate the maternal body.

Frost delivers a significant contribution in her disclosure of dubious Church practices and teachings on the maternal body. Her analysis of the miscarriage prayer, the hymns that claim that Mary’s birthgiving of Jesus was pain-free, and the prayer for a mother on the fortieth day exposes the disturbing dissonance in the Church’s reflection on the maternal body.  The miscarriage prayer conflates miscarriage with abortion and asserts that the mother is guilty of the sin of the killing of a person (16-17). Frost notes that it is rather new and used infrequently among the Orthodox, and argues that the Church needs to “do better” in providing pastoral care for women who have suffered miscarriages. Frost laments the references to Mary’s pain-free birthgiving mentioned in select hymns, and suggests that they facilitate a false and unnecessary alienation of Mary from ordinary women in order to protect Christ’s divine nature.

Frost’s sharpest criticism concerns the prayer said for women on the fortieth day of childbirth. The prayer includes petitions asking God to “wash away her bodily and spiritual uncleanness” and to make her worthy of Holy Communion (55). After reviewing the appearance of tropes of ritual impurity into prayers and practices concerning mothers, Frost notes that one Orthodox Church has blessed a rite of Churching with the option to omit the section referring to the mother’s uncleanness.

Her analysis of the feast of Mary’s purification on February 2 needs some clarification. Some of the ritual forms of this feast are Marian, but it has a clear historical trajectory in the East as the Feast of Christ’s Hypapante, the Meeting and Encounter of the Lord. This feast concludes the forty-day cycle of the Nativity and Theophany commemorations, and in its late antique and early medieval form, the Hypapante carried a distinctly eschatological character. In the Byzantine tradition, the theme of Mary’s purification was secondary in this feast, at most. A restoration of the Christological feature of the Hypapante feast would constitute one modest step toward excising dubious connotations of ritual impurity caused by childbirth from Orthodox theology.

Frost’s discussion of the difficult issue of the need for mothers to be purified after childbirth exposes the underlying liturgical problem concerning rites and prayers that denigrate the maternal body. First, a study of the prayer for the fortieth day using the method of comparative liturgy could be quite useful for the Church. One cannot assume that a single author composes any given liturgical prayer. Many liturgical prayers are the products of numerous hands and editors, and it is challenging to establish their actual provenance and date. A rigorous examination of this prayer could offer new clues on its authorship and original purposes, especially if there are textual variants within the manuscript tradition.

Second, the identification of a prayer of dubious theological anthropology warrants immediate pastoral revision. This is possible only when the Church recognizes that the Liturgy does not remain frozen in time, and that local communities revise existing rites and create new ones in response to local pastoral needs. The popular perception of the Liturgy as unchanging and unchangeable leads pastorally sensitive clergy to find loopholes in explaining problematic texts. One of the more unfortunate tendencies is for clergy to attempt to persuade the people that they should hear or receive the texts in ways that vary considerably from the actual compositions. Some clergy justify the retention of anti-semitic hymnography during Holy Week by arguing the people should include themselves among those admonished by the hymns for killing the messiah. When clergy attempt to justify the clearly dubious quality of the prayer for women on the fortieth day, they are attempting to sustain a status quo that continues to depict the maternal body as impure, with the mother guilty of sin because she gave birth.

Frost concludes her chapter on postpartum with an appeal for mothers to compose new prayers and rites of churching. Her appeal deserves to be heard by the Church. While monasteries have traditionally functioned as stewards of the Byzantine liturgical tradition, the process of composing, approving, and publishing liturgical texts is one that should involve the whole Church. The Church’s prayers, after all, are not the exclusive domain of bishops or monks, but belong to the Church itself. Inviting the contributions of men and women who are poets, musicians, linguists, fathers, and mothers to the creative liturgical process will only enrich it. For an example of a revised rite for women after childbirth written by women from a maternal perspective, see the “Rite for the Introduction and Healing of Women after Childbirth” presented by Liesbet Duerinck van Gysegem in Currents in Theology and Mission (2017), 43-47.

Carrie Frederick Frost’s Maternal Body celebrates humankind’s cooperation with God in nourishing human life when it is most vulnerable. She also delivers an original theology of the maternal body, expressed poignantly, yet bluntly, through the acknowledgment of the physical effort expended in carrying, bearing, and nourishing infants. Essentially, Frost’s book is one of maternal kenosis—mothers voluntarily die to their selves by pouring out everything they have to nourish the most vulnerable among us. This book celebrates the beauty of embodied maternal love and is written for general readers. Mothers will appreciate this book, and fathers will benefit from it.

Nicholas Denysenko is the Emil and Elfriede Jochum University Chair and Professor of Theology at Valparaiso University. He is an ordained deacon of the Orthodox Church in America.