Are Christians Supposed to Be Communists?

This essay originally appeared in the New York Times Sunday Review and has been republished here with permission of the author. 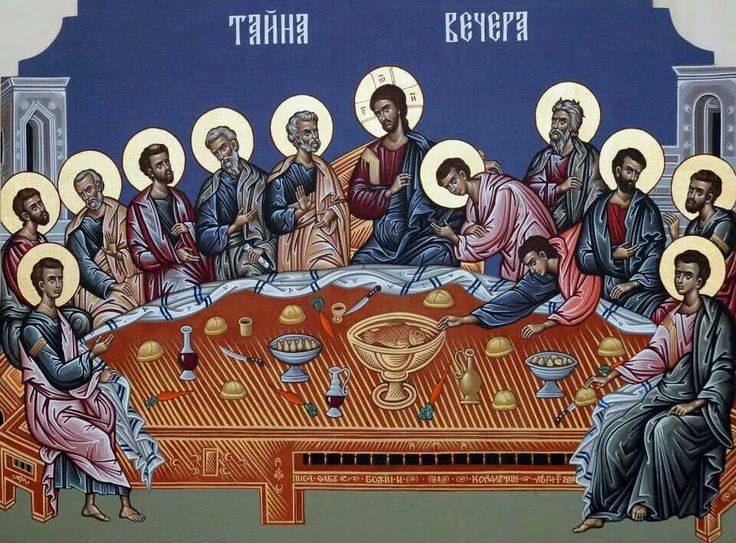 It was in 1983 that I heard the distinguished Greek Orthodox historian Aristeides Papadakis casually remark in a lecture at the University of Maryland that the earliest Christians were “communists.” In those days, the Cold War was still casting its great glacial shadow across the cultural landscape, and so enough of a murmur of consternation rippled through the room that Professor Papadakis — who always spoke with severe precision — felt obliged to explain that he meant this in the barest technical sense: They lived a common life and voluntarily enjoyed a community of possessions. The murmur subsided, though not necessarily the disquiet.

Not that anyone should have been surprised. If the communism of the apostolic church is a secret, it is a startlingly open one. Vaguer terms like “communalist” or “communitarian” might make the facts sound more palatable but cannot change them. The New Testament’s Book of Acts tells us that in Jerusalem the first converts to the proclamation of the risen Christ affirmed their new faith by living in a single dwelling, selling their fixed holdings, redistributing their wealth “as each needed” and owning all possessions communally. This was, after all, a pattern Jesus himself had established: “Each of you who does not give up all he possesses is incapable of being my disciple” (Luke 14:33).

This was always something of a scandal for the Christians of later ages, at least those who bothered to notice it. And today in America, with its bizarre piety of free enterprise and private wealth, it is almost unimaginable that anyone would adopt so seditious an attitude. Down the centuries, Christian culture has largely ignored the more provocative features of the early church or siphoned off their lingering residues in small special communities (such as monasteries and convents). Even when those features have been acknowledged, they have typically been treated as somehow incidental to the Gospel’s message — a prudent marshaling of resources against a hostile world for a brief season, but nothing essential to the faith, and certainly nothing amounting to a political philosophy.

It’s true, of course, that the early church was not a political movement in the modern sense. The very idea would have been meaningless. There were no political ideologies in the ancient world, no abstract programs for the reconstitution of society. But if not a political movement, the church was a kind of polity, and the form of life it assumed was not merely a practical strategy for survival, but rather the embodiment of its highest spiritual ideals. Its “communism” was hardly incidental to the faith.

The early church’s radicalism, if that is the right word, was impressed upon me repeatedly over the past few years, as I worked on my own translation of the New Testament for Yale University Press. When my longtime editor initially proposed the project, I foolishly imagined it would be an easy task: not because the text is a simple one, but because I had often “corrected” what I considered inadequate renderings of many of its passages, either for students or for myself. I assumed that long familiarity had prepared me to turn the Greek into English almost effortlessly.

Soon, though, I realized that while I may have known many things about the text, I had not always grasped them properly. I knew that much of the conventional language of scriptural translation has the effect of reducing complex and difficult words and concepts to vacuously simple or deceptively anachronistic terms (“eternal,” “hell,” “justification,” to give a few examples). But I had not appreciated how violently those conventions impoverish the text or obscure crucial dimensions of its conceptual world. The books of the New Testament, I came to see, constitute a historical conundrum — not because they come from the remote world of late antiquity, but rather because they often appear to make no sense even in the context of antiquity.

I found myself constantly in doubt, in particular, regarding various constructions concerning words dealing with that which is “koinon,” or “common,” and most especially the texts’ distinctive emphasis on “koinonia.” This is a word usually rendered blandly as “fellowship” or “sharing” or (slightly better) “communion.” But is that all it implies?

After all, the New Testament’s condemnations of personal wealth are fairly unremitting and remarkably stark: Matthew 6:19-20, for instance (“Do not store up treasures for yourself on the earth”), or Luke 6:24-25 (“But alas for you who are rich, for you have your comfort”) or James 5:1-6 (“Come now, you who are rich, weep, howling out at the miseries that are coming for you”). While there are always clergy members and theologians swift to assure us that the New Testament condemns not wealth but its abuse, not a single verse (unless subjected to absurdly forced readings) confirms the claim.

I came to the conclusion that koinonia often refers to a precise set of practices within the early Christian communities, a special social arrangement — the very one described in Acts — that was integral to the new life in Christ. When, for instance, the Letter to the Hebrews instructs believers not to neglect koinonia, or the First Letter to Timothy exhorts them to become koinonikoi, this is no mere recommendation of personal generosity, but an invocation of a very specific form of communal life. As best we can tell, local churches in the Roman world of the apostolic age were essentially small communes, self-sustaining but also able to share resources with one another when need dictated. This delicate web of communes constituted a kind of counter-empire within the empire, one founded upon charity rather than force — or, better, a kingdom not of this world but present within the world nonetheless, encompassing a radically different understanding of society and property. It was all much easier, no doubt — this nonchalance toward private possessions — for those first generations of Christians. They tended to see themselves as transient tenants of a rapidly vanishing world, refugees passing lightly through a history not their own. But as the initial elation and expectations of the Gospel faded and the settled habits of life in this depressingly durable world emerged anew, the distinctive practices of the earliest Christians gave way to the common practices of the established order.

Even then, however, the transition was not quite as abrupt as one might imagine. Well into the second century, the pagan satirist Lucian of Samosata reported that Christians viewed possessions with contempt and owned all property communally. And the Christian writers of Lucian’s day largely confirm that picture: Justin Martyr, Tertullian and the anonymous treatise known as the Didache all claim that Christians must own everything in common, renounce private property and give their wealth to the poor. Even Clement of Alexandria, the first significant theologian to argue that the wealthy could be saved if they cultivated “spiritual poverty,” still insisted that ideally all goods should be held in common.

As late as the fourth and fifth centuries, bishops and theologians as eminent as Basil the Great, Gregory of Nyssa, Ambrose of Milan, Augustine and Cyril of Alexandria felt free to denounce private wealth as a form of theft and stored riches as plunder seized from the poor. The great John Chrysostom frequently issued pronouncements on wealth and poverty that make Karl Marx and Mikhail Bakunin sound like timid conservatives. According to him, there is but one human estate, belonging to all, and those who keep any more of it for themselves than barest necessity dictates are brigands and apostates from the true Christian enterprise of charity. And he said much of this while installed as Archbishop of Constantinople.

That such language could still be heard at the heart of imperial Christendom, however, suggests that it had by then lost much of its force. It could be tolerated to a degree, but only as a bracing hyperbole, appropriate to an accepted religious grammar — an idiom, that is, rather than an imperative. Christianity was ceasing to be the apocalyptic annunciation of something unprecedented and becoming just the established devotional system of its culture, offering all the consolations and reassurances that one demands of religious institutions. As time went on, the original provocation of the early church would occasionally erupt in ephemeral “purist” movements — Spiritual Franciscans, Russian non-possessors, Catholic Worker houses — but in general, Christian adherence had become chiefly just a religion, a support for life in this world rather than a radically different model of how to live. That was unavoidable. No society as a whole will ever found itself upon the rejection of society’s chief mechanism: property.

And all great religions achieve historical success by gradually moderating their most extreme demands. So it is not possible to extract a simple moral from the early church’s radicalism. But for those of us for whom the New Testament is not merely a record of the past but a challenge to the present, it is occasionally worth asking ourselves whether the distance separating the Christianity of the apostolic age from the far more comfortable Christianities of later centuries — and especially those of the developed world today — is more than one merely of time and circumstance.

David Bentley Hart is a fellow at the Notre Dame Institute for Advanced Study and the author of “The New Testament: A Translation.”